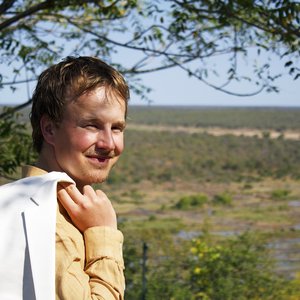 PhD Candidate at the Resource Ecology Group, Wageningen University, The Netherlands. Research on animal movement with the goal to infer the animals' internal state and surrounding environmental conditions. A hypotheses-free and data-driven study that works towards a deep and fundamental understanding of animal movement, but with an immediate goal to automatically detect poachers in a savanna with sensor-tagged ungulates. Promotor: prof. dr. Herbert Prins. Partners: IBM, MTN, Welgevonden Game Reserve, ESA & JADS.

2nd degree Mathematics and Arithmetic teacher at the first three years of pre-university secondary education at Ostrea Lyceum in Goes, The Netherlands.

Intern ethologist at AAP, Sanctuary for Exotic Animals in Almere, The Netherlands. Research on the effect of an intervention on the reduction of abnormal behaviour in ex-laboratory chimpanzees.

Tutor and homework coach at Studiekring in Apeldoorn, The Netherlands. Pre-university secondary education in mathematics, physics, chemistry, biology and geography & homework coach for multiple students at the same time.

2nd degree Geography teacher at the first year of pre-university secondary education at Vechtdal College in Hardenberg, The Netherlands.

- Eikelboom J.A.J. (2013). An essay on the ecological and socio-economic effects of the current and future global human population size. MSc thesis. Available at the Utrecht University Repository.

Board member and Facebook administrator at Overpopulation Awareness in Valkenswaard, The Netherlands. The goal of the foundation is to convince the Dutch citizen of the fact that overpopulation is the main cause of serious problems and should therefore be handled with priority.

Animal caretaker at Amigos del Perro in Poago, Langreo and Serin, Spain. Taking care of dogs and cats under bad conditions in animal shelters for one month during three summer holidays.

Basics of beekeeping at Apeldoorn, The Netherlands. Course of the Dutch Beekeepers Association with four theory lessons, eight practical lessons and an exam.

Observing behaviour at Utrecht University and BPRC Rijswijk, The Netherlands. Two-week course about observing and studying the behaviour of crab-eating macaques in an animal laboratory.

My horse, dogs and triathlon.